Featured
POP! is INQUIRER.net’s premier pop culture channel, delivering the latest news in the realm of pop culture, internet culture, social issues, and everything fun, weird, and wired. It is also home to POP! Sessions and POP! Hangout,
OG online entertainment programs in the
Philippines (streaming since 2015).
As the go-to destination for all things ‘in the now’, POP! features and curates the best relevant content for its young audience. It is also a strong advocate of fairness and truth in storytelling.
POP! is operated by INQUIRER.net’s award-winning native advertising team, BrandRoom.
MRP Building, Mola Corner Pasong Tirad Streets, Brgy La Paz, Makati City
When it comes to online fan behavior, don’t expect anything less than borderline harassment, because nothing will ever stop extreme fans from doing exactly that. Just recently, Lisa of Blackpink became their victim.
It doesn’t matter what fandom they come from, they’re just there…spreading hate and unbecoming behavior that gives the fandom a bad light. For these kinds of fans, they will stop at nothing just to keep on bullying the person they feel like has offended their own favorite.
For this instance, K-Pop fans. That kind of behavior is the reason why fandom wars exist even though the artists they’re supporting are best friends or have no bad blood with each other.
To make things more specific, ARMYs and BLINKs have been at each other’s throats for quite some time now, and there seems to be no light at the end of this tunnel for these two fandoms.
Spotify had recently released everyone’s Spotify Wrapped, which is a sort of “looking back” on a person’s personal music listening habits in 2022. At the same time, the beloved music streaming platform also announced the top artists with the most streams for each genre, among others.
In terms of K-Pop, Spotify had initially announced that BTS member and “Golden Maknae” Jungkook was the most streamed K-Pop solo artist of 2022, much to the joy of ARMYs all around the world. BTS’ Jungkook had released several tracks and collabs during the year, such as “Left and Right”, “Stay Alive”, and most recently for the 2022 FIFA World Cup, “Dreamers”.
However, after an error done on Spotify’s part and a change in their tracking methods, Spotify gave the title of the “Top K-Pop Soloist of 2022” to BLACKPINK’s Lisa. The BLACKPINK member had released 2 songs—“LALISA” and “Money” in her self-titled EP in 2021, as well as collaborated on the track “SG” by DJ Snake with Ozuna and Megan Thee Stallion.
This mistake had angered ARMYs, who in turn barraged Lisa’s Instagram with slut-shaming, misogynistic, and xenophobic comments.
Spotify had already apologized and rectified their mistake, releasing a series of Tweets explaining their side. Their Tweets are as follows:
“Every year, we endeavor to accurately reflect consumption around the world. In reference to our Top K-Pop Artists of 2022 playlist, multiple genre tags led to slightly different top ten lists, and they were not properly merged. This mistake has been corrected. We join the fans in celebrating the many achievements of BTS and regret this error.”
Still, ARMYs weren’t convinced and still continued to send angry replies to Spotify and to Lisa.
As a result, BLINKs and other K-Pop fans trended “APOLOGIZE TO LISA”, who have been calling out the disrespect and insulting behavior of some fans towards the Thai K-Pop idol who had nothing to do with it. BLINKs have also called out Spotify for indirectly allowing the other fandom to continue on their bad behavior and slut-shaming towards Lisa by being silent.
Please help @LiliesHomeC to report & block all vile users/posts about Lisa.
These kind of comments are not entirely under your control but keeping silent about this issue you’ve caused is inexcusable. @Spotify @SpotifyKR @SpotifyKpop
APOLOGIZE TO LISA pic.twitter.com/2uVrU4pt0n
— 🏆👩‍🚀LISANATIONS INTL FANBASE (@LISANATIONS_) December 2, 2022

Please help @LiliesHomeC to report & block all vile users/posts about Lisa.
These kind of comments are not entirely under your control but keeping silent about this issue you’ve caused is inexcusable. @Spotify @SpotifyKR @SpotifyKpop
APOLOGIZE TO LISA pic.twitter.com/2uVrU4pt0n
— 🏆👩‍🚀LISANATIONS INTL FANBASE (@LISANATIONS_) December 2, 2022

You are inviting to celebrate the fandom that does not get tired of saying slvtshaming and racists comments all fuckingg day.
SPOTIFY APOLOGIZE TO LISA https://t.co/is9o50yRTx
— || S || (@lvlalisa_m) December 2, 2022

They worked on a campaign against bullying in @UNICEF @uniceflac, but they were never able to control their fandom, who live discriminating against women, just because they blame them for the mistakes of others
SPOTIFY APOLOGIZE TO LISA
SPOTIFY APOLOGIZE TO BLACKPINK pic.twitter.com/wLA2CtIL3m
— tats 🐘 (@babysoopink) December 2, 2022

A public apology for the mistake they made, for you misogyny rained down on my fav where she did not have to be responsible
SPOTIFY APOLOGIZE TO LISA
SPOTIFY APOLOGIZE TO BLACKPINK @Spotify @SpotifyCares @SpotifyKpop pic.twitter.com/wcK4f0bRiS
— K ☃️ (@JJRL_PINK) December 2, 2022

It's been hours and y’all still are refusing to give an apology to the woman who was the target of detogatory remarks by that fandom due to a mistake committed by y’all
SPOTIFY APOLOGIZE TO LISA@jeremyerlich @eldsjal @SpotifyKR @SpotifyKpop pic.twitter.com/gTymLJYwgp
— Mar𓆙🕉🪬 (@godislaIisa) December 2, 2022

losing your morals over kpop? slvtshaming her just because of a fvckin' record that my girl never cared about? shove that spotify record to you as$ wdc
ARMYS APOLOGIZE TO LISA
SPOTIFY APOLOGIZE TO LISA
— Maxea (@Maxea_lohr) December 2, 2022

Lisa was subjected to derogatory comments from that disgusting fandom due to YOUR MISTAKE. Apologize to her for your unprofessionalism instead of celebrating with them.
APOLOGIZE TO LISA
SPOTIFY APOLOGIZE TO LISA@jeremyerlich @SpotifyKpop @SpotifyKR @Spotify pic.twitter.com/kOOcy1kYY0
— Mar𓆙🕉🪬 (@godislaIisa) December 2, 2022

Spotify has yet to comment on the issue.
For a fandom with artists who have worked with UNICEF to fight the societal problem of bullying, they’re clearly doing a great job of exemplifying the kind of behavior that they’re trying to challenge.
Resorting to slut-shaming, xenophobia, misogyny, and blatant disrespect shouldn’t be a fandom’s first response to a mistake done. It’s clear to see that other people would choose to bring another person down just to bring their own favorite up, and that’s how messed up others’ morals could be.
Fans have to grow up and be better in the future. No one, and we mean nobody, deserves the kind of treatment that’s being done to Lisa. She, and the rest of BLACKPINK and other female idols get treated this way by almost the same kind of fans.
Please, be better.
Other POP! stories that you might like:
Commentary: Are we really bad at all things money or are we just too busy surviving?
Highlighting MMK’s influence on Philippine pop culture
MTV reveals winners for 2022 VMAs, with BLACKPINK’s Lisa making history
BLACKPINK’s Lisa just added ‘Runway Model’ to her job experience
BTS’ V and BLACKPINK’s Jennie’s leaked couple pics aren’t something to celebrate 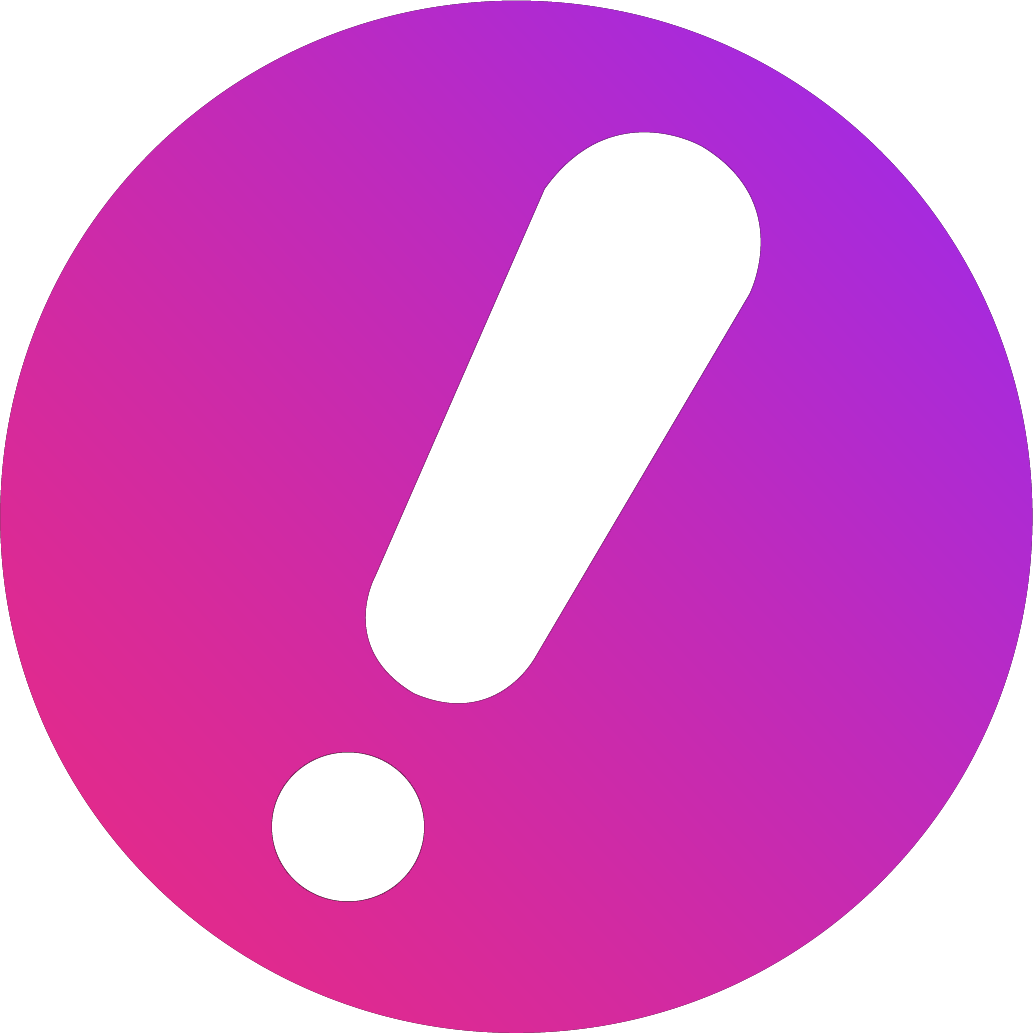