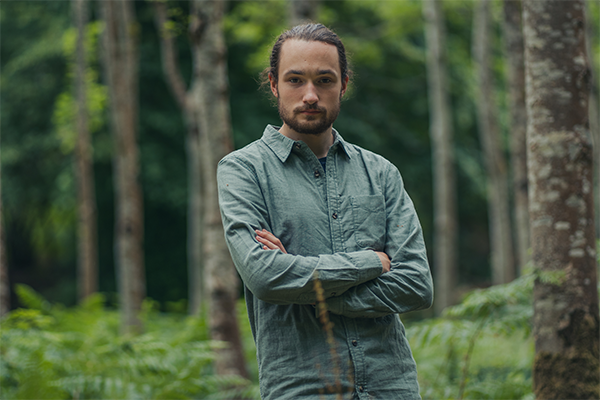 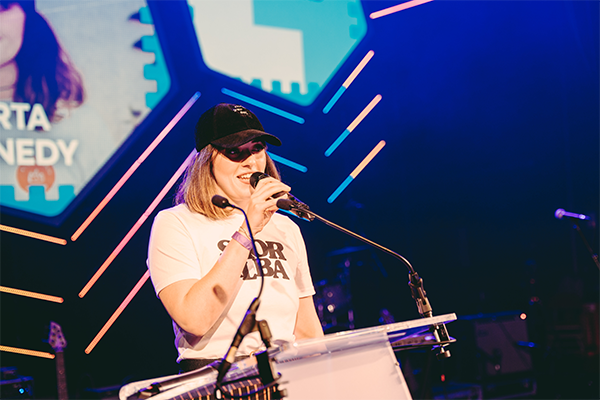 Berta Kennedy at the SAY Awards, image by Cameron Brisbane
The Sound of Young Scotland Award, supported by Ticketmaster, Youth Music and Youth Music Initiative, saw five finalists – Berta Kennedy, Dead Pony, KLEO, Psweatpants and Uninvited – recognised at the ceremony with the overall winner chosen by a panel of former SAY Award nominees. Nicola Meighan and Vic Galloway presented the award to this year’s winner, Berta Kennedy, who will receive a funding package worth up to £5,000 to facilitate the creation of her debut album, including recording time at Tolbooth Stirling.
Berta Kennedy, Sound of Young Scotland Winner 2022, said ahead of her performance: “I’d like to thank my amazing band – I’m so honoured to share the stage with them, they’re so talented. And thank you to The SAY Award and SMIA for supporting and uplifting people like me.” She also gave a shout out to her parents who yelled with excitement as Vic and Nicola announced their daughter’s win.
Morag Macdonald, YMI Manager at Creative Scotland said: “We’re delighted for Berta Kennedy who has scooped this year’s award from such a strong shortlist of young artists. We hope that this recognition and the package of support will enable Berta to take the next steps in her musical career.”
For the second year, the winner of the Modern Scottish Classic Award was chosen by 2022’s Longlistedartists, recognising an outstanding album from Scotland’s past that still inspires music being made today. The winner was ‘Heaven or Las Vegas’ by Cocteau Twins.
Accepting the award remotely, Robin Guthrie, a founding member of Cocteau Twins, said: “Some 40 years ago, Cocteau Twins played our first ever show in what was then a nightclub called Le Clique, just 500m down the road [from Albert Halls]. We were teenagers, we had six songs, we didn’t know much. There wasn’t the type of support the Scottish music industry now brings – but we stuck at it. Fast forward to 1989 and the stars aligned with a new studio, Elizabeth was a wee bit pregnant, and we were very slowly becoming adults. The soundtrack to this time we recorded as ‘Heaven or Las Vegas’. I’m really pleased to accept the Modern Scottish Classic Award on behalf of myself, Elizabeth and Simon. We’d like to thank the award’s Longlist who chose to recognise that this album should become a Scottish icon.”
To keep up to date with SAY Award 2022 news, follow the award on social media across Twitter @SAYaward, Instagram @sayaward and Facebook @SAYaward
The Scottish Music Industry Association (SMIA) is a not-for-profit trade body and membership organisation which exists to strengthen, empower and unite Scotland’s music industry.
Creative Scotland is the public body that supports the arts, screen and creative industries across all parts of Scotland on behalf of everyone who lives, works or visits here. We distribute funding provided by the Scottish Government and The National Lottery. Follow us on Twitter, Facebook and Instagram.
Rooted in the heart of Scotland, Stirling’s blossoming urban city centre is surrounded by diverse rural communities. The nation’s most cherished landmarks are found here, making Stirling alive with history, while a growing modern arts scene nurtures new cultural talent.
YouTube Music is a new music streaming service made for music listening, on top of the magic of YouTube: making the world of music easier to explore and more personalised than ever.
Ticketmaster is the global and local market leader in live event ticketing, digital marketing, and mobile fan engagement tools that drive over 500 million tickets to fans in 32 countries.
Founded in 1934, PPL is the UK music industry’s collective management organisation (CMO) for over 120,000 performers and record companies. We licence recorded music in the UK when it is played in public (shops, bars, nightclubs, offices etc.) or broadcast (BBC, commercial radio, commercial TV etc.) and ensure that revenue flows back to our members.
TheYouth Music Initiative is a music education programme with a vision to put music at the heart of young people’s lives and learning funded by the Scottish Government through Creative Scotland. You can find out more about the programme on the Creative Scotland website.
Youth Music believes every young person should have the chance to change their life through music. Yet our research shows many can’t because of who they are, where they’re from or what they’re going through.
Since its launch in London in July 2019, Music Declares Emergency has worked with the music industry and artists to harness the power of music to educate, inspire and engage the public with the climate emergency and to facilitate industry wide conversations to encourage and envision a sustainable music industry.
Go Forth Business Improvement District (BID) involves Stirling businesses working together and investing collectively in local improvements. For more details visit www.goforthstirling.co.uk
Beth Harvey | beth@wearematerial.co.uk | 07792 219 162
Shona Bruce | shona@wearematerial.co.uk | 07740 948 719 International Opportunities – October Round Up 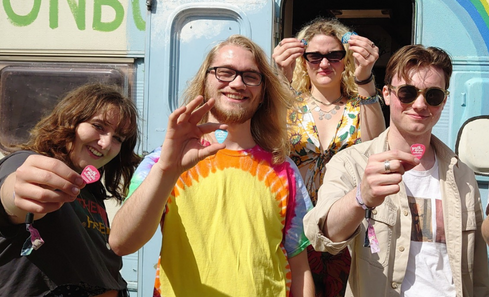 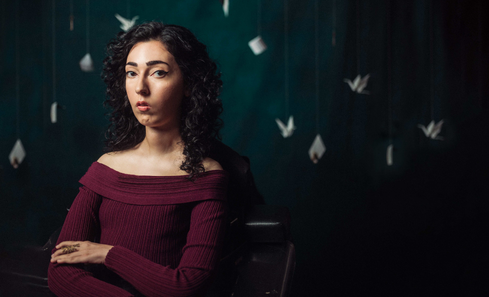 How to create your debut single in 5 steps 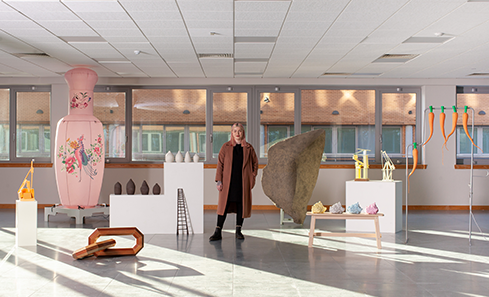 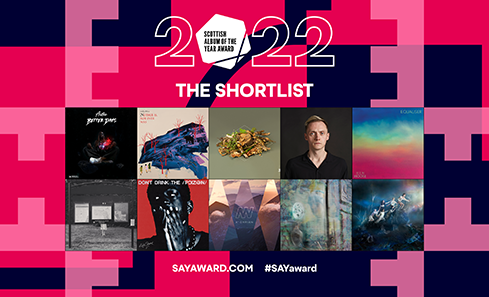 The SAY Award reveals its 2022 Shortlist