FOR CITY-BASED indie artist Aseem Dhaneshwar, his debut album Pehchaan is a quest to map identities. Conceptualised during the pandemic, the album has seven songs, each yearning to look for answers to human emotions of nostalgia, anxiety, grief, and belonging. While the first track of the full-length album, Dekhoon Jidhar Bhi, was released on various platforms on September 23, Tu Main – a melodious track which is Dhaneshwar’s conversation with his 10-year-old self, was released last Friday.
In an interview with The Indian Express, Dhaneshwar, a composer, music producer, and live sound engineer, talks about his early years in the music industry, documenting his ideas on voice notes, and working on Pehchaan.
Beginnings in music
The thirty-one-year-old says music has been a part of his life – be it through his mother’s ghazal performances, or his early tabla lessons. ‘Aseem’ is his stage name as it means limitless, like his passion, and approach towards music, he says. “Art has been a part of my family. My grandmother performed in musical dramas while my mother has been a ghazal performer. I learned the tabla professionally from the age of five till the time I was 18, and have been performing on stage through school competitions. It was very early on that I understood that music is something I would continue in,” he says.
In his late teens, Dhaneshwar was a part of art rock band, Treble, and progressive rock band Qafia. After graduating from Alchemea College of Audio Engineering, London, he worked as a studio, and live sound engineer with artists such as Shalmali Kholgade, Richa Sharma, Monali Thakur, Amit Mishra, Darshan-Umang, Vinay Kaushal, Zariya, and Taal Inc.
He released his music on major digital streaming platforms with his debut single Dreamscapes in 2017 and single track Chaalaakiyan a year later. In 2020, Khoya, his collaborative track with electronic music producer, lyricist, and composer Zariya, went viral over social media and other digital streaming platforms. The same year, he released the single Khayaal, Lamhe and his extended play Ilaaj.
As an indie artist, Dhaneshwar says the 2021 IRAA Award is an achievement which is the closest to his heart. “I got the award for the Independent Song Recording, Mixing and Mastering (Pop) category for the song, Is It Sunny feat. Shakthisree Gopalan by Vinay Kaushal. Among many of the achievements, acknowledgements and applause I have had, this is the biggest and the closest to me,” he says. In June 2021, Dhaneshwar got his first break as a playback singer on the award-winning Marathi film June. The next year, he released the single, Baalama, with Ashwin Shriyan.
Debut album Pehchaan
For Dhaneshwar, his process of ideation involves melodies, his instruments, and voice notes. “Whenever inspiration came, I picked up the tanpura or the keyboard to illustrate whatever went on in my mind in my home studio. I recorded them as voice notes and the lyrics of the songs given by lyricist Siddhant Kaushal. The lyrics were written keeping in mind the feelings and core essence I was aiming for with the melodies,” he says.
Bharat Forge dispatches 16 armoured vehicles to Army for UN deployment 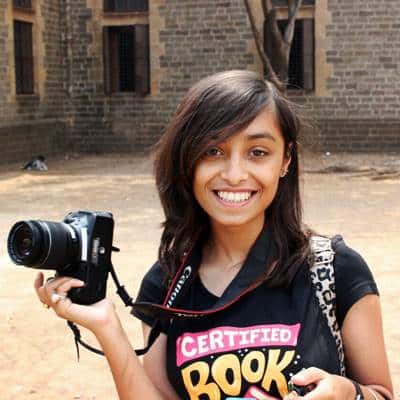 Dying Scene Screeching Bottlerocket November 25 – 1:56 pm European pop-punk powerhouses DeeCracks and The Manges have each premiered a song off their upcoming Split

The American Music Awards are back and this year the show will be bigger than ever, as the 50th year is celebrated amongst the most

By Making The People Groove On His Songs Wholeheartedly, DJ Sahil Gulati Coined His Name In The Music Industry – EDM Sauce

Hi, what are you looking for?How To Make Money as a MusicianBy Making The People Groove On His Songs Wholeheartedly, DJ Sahil Gulati Coined His

By Making The People Groove On His Songs Wholeheartedly, DJ Sahil Gulati Coined His Name In The Music Industry – EDM Sauce