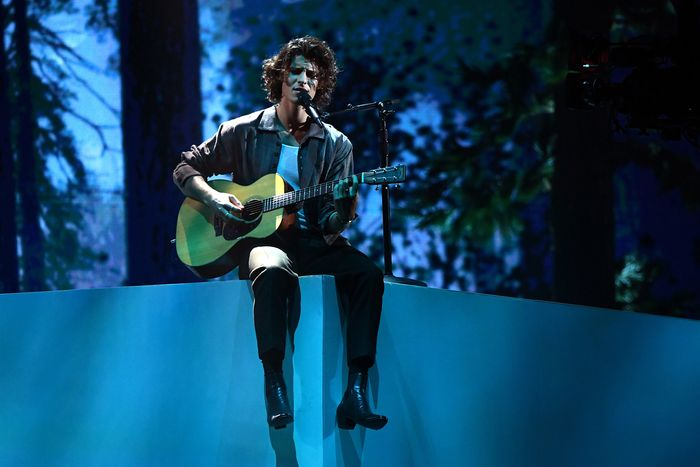 How Musicians Are Using NFTs To Replace Touring Revenue?

Musicians are using NFTs to replace touring revenue, which is a huge problem in the music industry. The traditional methods of touring and album sales are not sustainable, and high-ticket prices have created challenges in the industry. In response to these problems, musicians using NFTs have increased in aggravated numbers as a solution. The most popular implementation of this method is through digital song sales. Musicians want their fans to purchase their songs on the blockchain so that they can receive all proceeds from these sales rather than just the part that went straight back into their pockets or mixed with tour revenue. This practice has been controversial among musicians as it would give up intellectual property rights in exchange for sustainability.

NFT in music has been a revolution that fulfills the motive of the artist. Now, musicians want fans to purchase their songs on the blockchain to get a share of the money back.

If artists could turn their fans into investors, then it will be beneficial for both parties. And what better way to do it, if musicians using NFT can sell their song, it seems like a remedy. By selling their songs on the blockchain in exchange for an NFT, musicians will now have a new revenue stream to replace touring and album sales.

3 Ways To Use NFTs To Earn Revenue

NFT in music has been more dynamic than many people expected. Their functions have opened up a whole new worth on the blockchain.

NFTs are essentially software tokens that exist in the digital world. When these tokens are created they are based on Ethereum's smart contracts. It is an escape from human intervention in the process of distribution of any NFT whatsoever. Smart contracts operate in a decentralized environment so that no single entity controls all or even part of the process.

New music NFT claims to bring together fans, artists, and technology on a collaborative level to enable new revenue streams for musicians.

1. New music NFT is a platform that facilitates the creation of digital assets on the blockchain. These assets can include anything from song tokens to concert tickets.

2. They use new music NFTs to create their tokens and offer an option for ticket sales in the form of NFT in music. This allows them to stabilize pricing and sell tickets straight on their website, bypassing the overhead costs of ticket sellers.

3. It also allows bands to create a new type of revenue stream by giving away song tokens as a reward for touring funding. Fans who want to support their loved artist can purchase song tokens as a way of showing their love and care for musicians using NFT.

How One Musician Is Building A Career Using NFTs?

NFT in music is a blessing in disguise for a musician's career. This platform lets musicians use their NFTs to build a robust fan base and also make money on the side.

Musician using NFT happens to be booming on the platform, providing musicians with a new revenue stream. This is how you can use NFTs on your album sales and tour support with the digital revolution.

It helps to shape the career of musicians and new music NFT is starting to find the distribution of the token prices.

The new music NFT podium has been positively changing the music industry. This platform allows musicians to build their careers without breaking a sweat or spending any energy on it. It is some sort of automated system that uses smart contracts, and it runs on its own in an environment where no single entity manages all or even part of the process. The only thing, that is controllable is how it will be distributed, and even then it's regulated by smart contracts rather than human intervention.

5 Reasons Why Should Consider Using NFTs

New music NFT has been changing the way musicians make money. The zone of music in NFT has proven to be a revolutionary one that could solve these problems of touring and album sales.

- New Music NFT provides an easy method for artists to sell their songs in the form of NFTs instead of traditional song sales. Itis also encouraging for musicians to sell some tokens so that they get a cut from this operation, as it allows them to replace the traditional industry revenue model.

- New Music NFT offers one more way for bands to support their fans on tour with special concert tickets. They can give out song tokens as rewards and also make a small commission on top of this.

- It exhibits a new type of workable income that could replace the old-style revenue model.

- It could also be a one-time payment that fans can use to access and keep hold of their favorite music that they would not otherwise be able to.

Tips To Help You Get Started

To get the maximum profit out of your NFT sales it is vital to acquire knowledge about how it functions.

- New music NFT lets each musician have an equal stake in the platform, and that is why there will not be any manipulation of data or community voting of decision making.

- All transactions on the platform are highly transparent, making it possible for you to see what percentage each artist gets from their NFTs

- It allows musicians to make as much money as they can from their songs while also earning commission on top of what they make. Also, they will not have any overhead expenses or traditional revenue from albums and tours because all of this will be done by smart contracts.

- New music NFT gives musicians more control of their products and gives them more freedom to either pay tax on a schedule or not at all.

- This digital stage is working on a safe environment that will never allow hackers to attack the network.

A delightful experience this podium offers to musicians using NFT. Breaking the conventional methods of earning through touring. A great way of getting justifiable income and recognition from their fan base.