Tribune Online – Breaking News in Nigeria Today
Every year in the music industry, certain songs stand out as major hits for different reasons. Whether for lyrical composition, beats, or dance introduction, such songs define various events across the world and become massive successes. For 2022, Afro Pop and multi-award winning artiste who, according to fans and industry stakeholders has no bad songs, Oluwatobiloba Daniel Anidugbe a.k.a Kizz Daniel is on our list this year.
His 2022 EP, ‘Barnabas’, broke new records with many of the songs on it but one particular song continues to stand out and is breaking barriers irrespective of colour, race and region.
His song, ‘Buga’, meaning ‘Show off’ and released in May, dominated major headlines, especially with its world cup-themed video. The song, which features Tekno and is produced by Blaise Beats, was released on May 3, 2022. 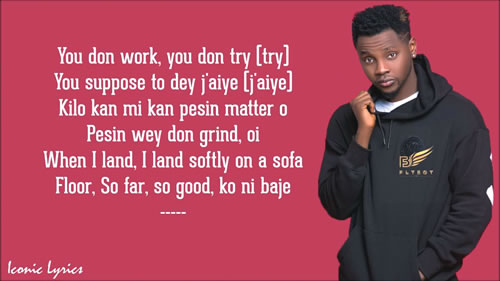 Accompanied by a characteristic dance step by that triggered widespread appeal on streaming and social media platforms across the world, Kizz Daniel, in no time, became the toast of world stages whose audiences wanted the rave of the moment.
And so, seven months later, ‘Buga’ has successfully earned the crown of the most popular song in Nigeria and indeed, one of the most popular songs in Africa and the world.
At the end of yearly musical reviews from various platforms, ‘Buga’ was constantly listed as one of the world’s top five Afrobeats songs after it created a record buzz on Tik Tok, emerged as the most Shazamed song with over one million Shazams and raked over 100 million views on YouTube.
The song is now currently the most streamed and downloaded tune on streaming platforms, Audiomack and Boomplay, while it held number-one spots on other platforms like Apple and Spotify for several weeks after release.
‘Buga’ also topped the list of the most searched song on Google in the first half of 2022.
In fact, ‘Buga’ became the preferred song for celebrating victories, successful feats, or expressing contentment or happiness. The signature dance style has even been adopted at political rallies, just to make a point.
So influential was the smash hit ‘Buga’ that he was announced as one of the performers at the 2022 World Cup in Qatar. He performed ‘Buga’ and the follow-up single, ‘Cough’ at Qatar’s FIFA Fan Festival event.

“Buga’s in Nigerian parlance means “show off”. So in this context, it means after you’ve put in the work, let your results speak loudly. Enjoy your success. Whatever you’re seeing out there, whatever results the song is generating, that’s the result of hard work and I’ve consistently put in my best in all my songs. Nothing good comes easy,” Kizz Daniel said while explaining the choice of name for the song.
Speaking on the success of the song, the 28-year-old father of triplets said: “It’s a great feeling. When you put out a masterpiece and the rest of the world accepts it as one, that’s a satisfying feeling right there. And it encourages you to do more.”
Many music lovers have said, “As long as people work so hard to make legit money, they should be proud to flaunt their wealth to the public.”
The success of the song also shows that Kizz Daniel is not ‘showing off’ as a flash in the pan. The success of the song has again, shown not only his musical dexterity but the quality of his talent since the release of his first single on May 1, 2014, under G-Worldwide music.
On the recently announced AFRIMA 2022 nominations list, Kizz Daniel gained five nominations for his effort including ‘Male Artiste of the Year West Africa’, ‘Song of the Year, and ‘Artiste of the Year’.

YOU SHOULD NOT MISS THESE HEADLINES FROM NIGERIAN TRIBUNE
PICTORIAL EXPLAINER: How To Identify Fake New Naira Notes
The Central Bank of Nigeria (CBN) has released security features to help identify fake new naira notes. According to CBN’s template, the Security features to look out for are the following…

Ondo Councils’ Workers Shut Down Assembly Over LG Autonomy
LOCAL government workers under the aegis of Nigeria Union of Local Government Employees (NULGE), Ondo, on Tuesday, stormed the State House of Assembly, threatening a showdown with the lawmakers over the signing of local government autonomy…

Reps Probe Crude Oil Sales Over $2.4bn Revenue Loss
The House of Representatives on Tuesday unveiled plans to investigate the allegation bothering on the alleged loss of over $2.4 billion in revenue accruing from the illegal sale of 48 million barrels of crude oil export from 2014 till date…

Emefiele/DSS Tango: Falana Asks Judiciary To Treat Civil Liberty Cases Equally
LEADING rights lawyer, Mr. Femi Falana, on Tuesday addressed the controversial move by the nation’s secret police to arrest and detain the embattled Governor of the Central Bank of Nigeria (CBN), Godwin Emefiele…
EDITORIAL: CBN’s New Cash Withdrawal Limits
As a follow-up to its redesign of the N200, N500, and N1000 banknotes, the Central Bank of Nigeria (CBN) recently announced a new policy that mandates deposit money banks and other financial institutions to ensure that…

Prev Post
Bolanle Raheem: Justice will be transparently served, IGP assures as Sanwo-Olu visits
Next Post
Defend yourselves from attacks, Bauchi gov tells villagers
Sports personality of the year: Tobi Amusan: All hail Africa’s best
Corporate icon of the year: Aliko Dangote: Simplifying the difficult
Person Of The Year: The resilient Nigerian
‘Forgive me for calling off our wedding, I still love you,’ Model, Fancy Acholonu…
This website uses cookies to improve your experience. We’ll assume you’re ok with this, but you can opt-out if you wish. Accept Read More