Will Blockchain Give Creators Ultimate Freedom? – Built In

If you look back into history, you will see that most of the figureheads we look up to are disruptors who changed the norm. From Martin Luther King, who fought for civil rights, to Bob Marley, who conquered the world through his music, these individuals opened minds and changed the world.
I explored the world of music as I felt it was the land of the free. For me, being an artist was the opposite to the structure-following world of education and therefore somewhat radical. Working within the industry, I experienced first-hand that this is not the case. Aged nineteen I was offered my first record deal, and what stood out the most was the length of the document filled with rules and regulations, which included the record label having full control over my image. My initial thought was, “So I don’t control what I look like?” As a young man at the start of my independence, this was a major turn off which eventually led to me declining the deal. I saw the industry in a new light; I realized that my favorite musicians all had contracts and were slaves to the terms and conditions.
Constantly listening to the radio and watching music videos sparked multiple questions: “I wonder what deal they signed? What regulations are they under? Are they happy?” I remember reading an article about the musician Prince, who went as far as changing his name in 1993 just to avoid the hold the record label Warner Brothers had on his career.
Prince didn’t stop there: he wrote the word ‘slave’ on his face during performances, highlighting to the world that when you sign the wrong contract that is exactly what you are. Musicians and labels ended up in legal battles for a number of reasons, from unpaid royalties to unscrupulous business practices. I watched one of my favorite R&B groups, TLC, go bankrupt while their music grossed millions. At the same time, I learned many signed artists end up in debt to the recording labels.
More on Music and TechnologyHow NFT Music is Transforming the Recording Industry

Then came social media, which was an incredible tool for creators. This seemed like freedom: by 2008 Myspace and Facebook had reached an incredible 115 million users. YouTube took over video consumption, the industry migrated to digital and we could finally share our content directly to the consumer. Content started to go viral without being tied to a contract — artists like Justin Bieber and Soulja Boy rose to fame from simple videos recorded with a camcorder. For a while, record labels struggled to compete with the emerging trend of independent artists and musicians who didn’t need record deals to become famous.
Many went on to sign deals but were in a far better position by having already obtained a fan base online. Others stayed independent by expanding into merch and independent tours to fund their careers. A shift occurred; labels no longer had the power they once did to control creators. With music becoming digital, labels also lost their hold on the product. It was a double-edged sword: musicians became viral sensations but their content was being digested for free via online torrents and the ability to illegally download.
After a while, we experienced the emergence of streaming platforms by the likes of Napster, Apple (which acquired Napster) and Spotify, to name a few, which brought back some value to what had become an industry of free music. It was not long before the consumer devalued the notion of becoming viral. Attention spans shortened and after a few days not many people cared if you had a million views. Social media and streaming platforms like YouTube began to exploit their positions, grossing the most but paying the least while forcing creators into paid advertisements for visibility. According to Statista, in 2020 Meta made 97.9 percent of its income via digital advertisements. The introduction of algorithms that affect viewings made it difficult for creators with less engagement than popular artists who published a post at the same time. Ironically, a timeline became nothing to do with time.
Behind the scenes, music industry executives like Lyor Cohen earned influential positions in platforms like YouTube, which highlighted to me that social media had slowly become what record labels once were by having a strong hold on a musician’s success. Spotify started signing creators exclusively in exchange for reach. Most recently, after signing a two-year deal, Joe Budden ridiculed Spotify for undervaluing his number one podcast while offering others like Joe Rogan a reported $200 million across three and a half years.

While the digital era matured, a decentralized network developed in the background. This came to be known as the blockchain. It started as a revolutionary way to send and receive digital currency in the form of tokens, with the pioneer being Bitcoin. For the first time, we did not need a centralized entity to make transactions, and we no longer needed permission from a set of individuals to transfer wealth. These transactions were open, transparent and required consensus from random nodes around the world. Anyone could set up a node to verify currency sent from one person to another while earning rewards known as mining.
At the heart of all business lies a transaction, and now that we had the ability to trade without the need of a gatekeeper, the disruption began. In 2014 Ethereum launched as the second public blockchain. Adding to what Bitcoin initially provided, Ethereum offered a faster and more advanced network that gave us the ability to build websites and programs around the original element of decentralized transactions.
This initiated the birth of a new generation of music platforms that essentially cut out the go-betweens, offering artists more revenue per stream than traditional Web 2.0 platforms. One of the first to do this was Audius, which offered 90 percent of income to the artists while the remaining 10 percent went to node operators, no record label needed. Finally, the idea of true direct-to-consumer began to circle the minds of the intuitive. Freedom from the point of creation to distribution was now a possibility.
During 2020, a new trend occurred on the blockchain in the form of non-fungible tokens (NFTs). This was not a new concept as the first NFT was created in 2014 by digital artist Kevin McCoy. It was essentially a pixelated image of an octagon but eventually became seen as a way to digitize an asset. Art was the first industry to be disrupted by NFTs. The art industry had a number of issues, the first of which was accessibility as the sale of art has always been a niche market. Proving the authenticity of art can also be expensive, with buyers reliant on other entities to validate legitimacy.
As a programmable asset, artists now have the ability to attach a royalty fee to ensure that the creator earns a percentage every time the art is sold on, forever.
NFTs are tokens on the blockchain that are not much different from fungible tokens such as Bitcoin or Ethereum. The incredible thing about a token on the blockchain is that it can’t be replicated: once copied it becomes a whole new asset. You’ll never come across a fake Bitcoin; all data is open, transparent and recorded. This is also true of NFTs. If an artist mints 100 copies of a painting (as an NFT), only 100 would ever exist. This sparked an interest not only from art collectors but collectors in general. By simply right-clicking to save an image, you are not the owner of the asset as you do not possess the token, you’ve simply got a JPEG with no value.
By contrast, as NFTs are digital, the world now has access to your art, opening the market to buyers from all around the world. As a programmable asset, artists now have the ability to attach a royalty fee to ensure that the creator earns a percentage every time the art is sold on, forever. This is not true of conventional art, which led many artists down the rabbit hole of tokenization.

While artists raked in millions, other genres of the creative arts, including the music industry, eagerly watched from the sidelines. Individuals like myself had the idea of minting audio as tokens. Minds began to tick: what would this look like for us? In 2020 I sketched out many ideas, one being fractionalised ownership of songs in the form of NFTs. What if fans shared ownership and earnings with musicians; would this incentivise a lost emotional connection between musician and consumer?
With the introduction of reality TV and the saturation of available music, I personally felt that musicians were no longer larger than life. The days of a Michael Jackson-type superfan fainting at a concert were few and far between. People enjoyed their favorite music but were no longer deeply connected. In 2021, a platform called Royal, created by DJ 3LAU, achieved just that. Fans could now share ownership with music artists via NFTs. American rapper Nas was one of the first to take advantage of this. 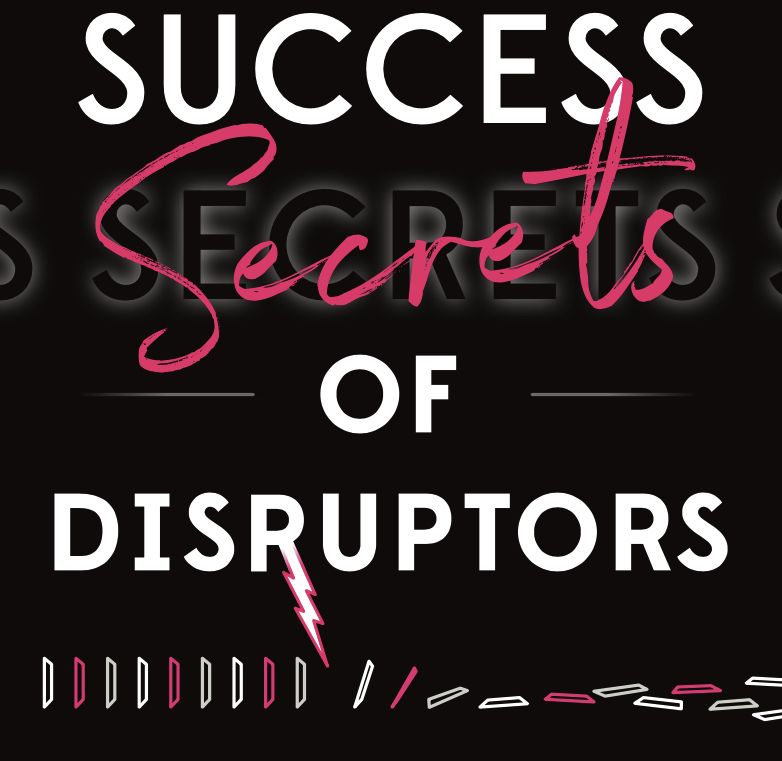 In late 2019 a good friend of mine, Greg, educated me on the Internet Computer Protocol (ICP), a new blockchain developed by the DFINITY Foundation. Though other chains have existed in between, ICP is considered the third generation in blockchain development, with Bitcoin and Ethereum being the first and second. In June 2020 I had the pleasure of joining one of DFINITY’s online events. For the first time I experienced what it looked like to be able to store assets 100 percent on chain.
Though NFTs have previously been minted on networks like Ethereum, the associated media has not — it was merely linked to the earlier NFTs via a uniform resource identifier. Media had previously been stored elsewhere on alternative decentralized storage networks like the InterPlanetary File System (IPFS) and Filecoin, which exist to store files that could not be stored on the associated blockchains. It currently costs $20,000 to store 500kb on Ethereum. I realized I was now part of a deeper disruption — building on ICP we were now disrupting the disruptors. What could I do with this technology?
I had already had the idea of protecting copyrights and digital intellectual property (IP). Creators currently store their digital IP on hard drives, computers and centralized clouds, all of which carry the risk of losing access to your content in one way or another. If lost, how will you prove ownership? Storing your files 100 percent on chain is the perfect solution as there is no risk of damaging hardware, the time stamp is transparent, authenticated and stored in the most secure fashion to date.
This idea birthed what was to become Canistore, a social media platform with a licensing protocol at heart. Canistore allows creators to upload, create a license and store content directly on the blockchain, while boasting the usual functionality and engagement of familiar Web 2.0 platforms such as Instagram, Spotify and Facebook. The ICP opened my eyes to the most disruptive aspect: governance. Platforms like Canistore are now community-owned and community-governed.
More Reading on Music and TechnologyBlockchain in Music: 17 Examples Reshaping a Changing Industry

The Number Ones We’ve Got A File On You Album Of The Week 10 Best Songs Last summer, the young Bronx rapper Ice Spice shot